•matrix representation of a system of simultaneous linear
equations

•most common in physics: “square systems”

•Computationally, Cramer’s Rule is generally inefficient and thus
not used in practical applications which may involve many
equations. However, it is of theoretical importance in that it gives
an explicit expression for the solution of the system.

•We can make a script that implements Cramer’s rule

•We can make Cramer’s rule into a function

MATLAB gives you other ways to solve Ax=b

•we can compare speeds in a little code

–for Over-Determined systems with linearly independent rows, a unique
solution can be determined which minimizes the least-squares errors

–we can see this with a very simple code

•Under-Determined Systems
–#rows < #columns
–not enough equations for all the variables
–solution corresponds to an entire subspace: no unique solution
–in physics this is often the sign of an over-excited theorist

•“you can fit any curve with a 7-parameter fit”

•Assuming the rows of A are linearly independent, it will

Code to Implement Cramer Cramer’s Rule as a Script 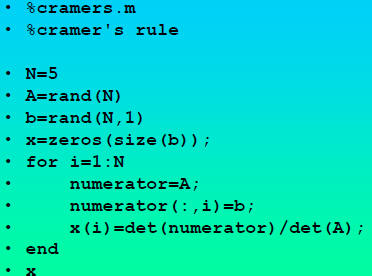 Code to Compare Speed of Inversion versus
Gaussian Elimination 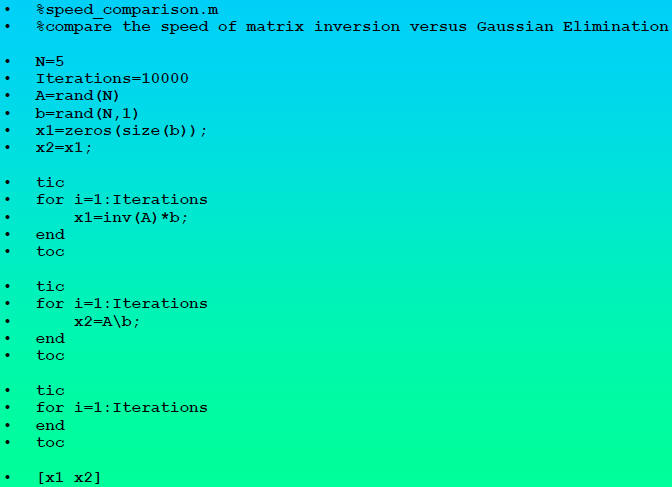 Code to Graph Results of an Over Over-Determined
System