a represents a real number and n≥2 is an integer, then

If n is odd and

• a is positive, then

is positive.
• a is negative, then

is negative.
• a is zero, then

If n is even and

• a is positive, then

is positive.
• a is negative, then

is not a real number
• a is zero, then

Example 1: Use radical notation to rewrite each expression.
Simplify, if possible. 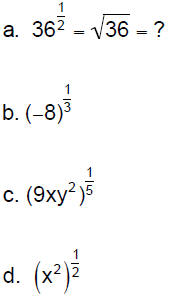 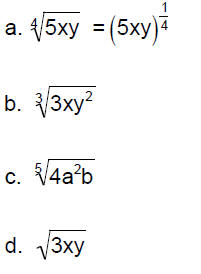 represents a real number and

is a positive rational number,
n≥2, then

Note that if n is even and a is negative,

does not represent a real
number and

is not a real number.

Example 3: Use radical notation to rewrite each of the following
and then simplify. 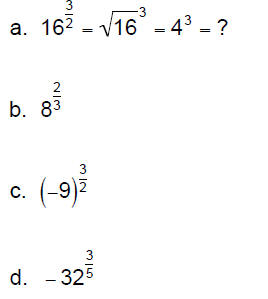 is a nonzero real number, then

Example 5: Rewrite each of the following with a positive
exponent. Simplify, if possible. Assume all variables represent
nonnegative quantities. 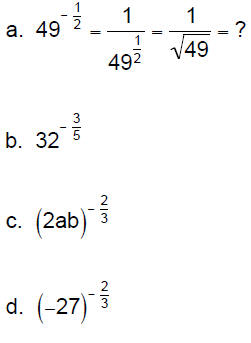 If m and n are rational exponents, and a and b are real numbers for
which the following expressions are defined, then 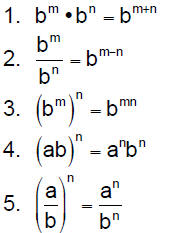 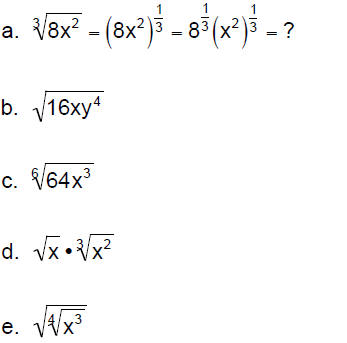 models the number of
calories per day, f(x), that a person needs to maintain life in
terms of that person’s weight, x, in kilograms. (1 kilogram is
approximately 2.2 pounds.) Use the model and a calculator to
find how many calories per day are required to maintain life for
a person who weighs 55 kilograms (about 121 pounds). Round
your answer to the nearest calorie.

Example 9: Use your calculator to evaluate the following to
three decimal places.